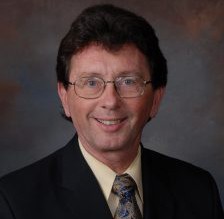 Dr. Thomas Forest graduated from Palmer College of Chiropractic in Davenport, Iowa in 1974. He has been practicing Upper Cervical Chiropractic in Pleasanton since 1975. He uses a unique adjusting method that is very precise, gentle, and effectively called the Blair Upper Cervical technique. He is a certified instructor that teaches doctors and Chiropractic students this x-ray analysis and adjusting technique in clinics and colleges across the United States.

Dr. Forest has been teaching this x-ray analysis and adjusting technique at Palmer College in Davenport, Iowa since 1999. For the past several years he has also been teaching at Life West Chiropractic College in Hayward, CA. Additionally, he has given seminars at Life Chiropractic College in Atlanta, GA, Sherman College of Chiropractic in Spartanburg, SC, a series of clinics in Seattle, WA, Dr. Drew Hall’s clinic in Los Angeles, CA, a clinic in Calgary, Canada, and the New Zealand Chiropractic College in Auckland. His motivation for this continued teaching is to provide early training to Chiropractic students and further training for practicing Chiropractors as well. Dr. Forest is a past president of the Blair Society and has been on the Board of Directors of the Blair Society since the board’s beginning. He has overseen the certification of doctors that are also teaching this technique.

During his time in practice, he has seen a vast number of people of all ages and conditions that respond to Upper Cervical care. Dr. Forest is from a family of Chiropractors. His father practiced in Iowa until his death. His late brother, Dr. Gary Forest practiced in the East Bay. His brother, Dr. Steve Forest also practices in the Bay Area. He and his family had the advantage of being raised with Chiropractic care and a natural approach to health. Seeing other kids and families struggle with health problems convinced him to become a Chiropractor like his father.

Dr. Forest is married, has two daughters and a son-in-law, and lives in Pleasanton

Dr. Brad Francis grew up in the small town of Marine City, Michigan. His education began at Hillsdale College where he earned his Bachelor of Science Degree in Psychology along with minor studies in Biology, Chemistry, and Spanish. He then earned his graduate degree from Palmer College of Chiropractic in Iowa where he studied under the author of the Blair textbook, Dr. Todd Hubbard. While a student at Palmer, he also enrolled in and graduated from the Academy of Chiropractic Philosophers program through Sherman College of Chiropractic. After completing his education, Dr. Francis had the opportunity to work with author and Upper Cervical Chiropractor Dr. Michael Lenarz in Washington and Upper Cervical Specialist Daniel Judge in Michigan. Dr. Francis is currently an Associate Professor of technique at Life Chiropractic College West in Hayward, CA.

When it came to the field of Chiropractic, Dr. Francis was originally a skeptic. With a passion for human anatomy and physiology along with the desire to serve others, medical school always seemed like the only option. Although he was certain a career in Medicine was the path for him, he took the advice of a family friend and reluctantly agreed to shadow a Chiropractor. That enlightening experience brought him from originally viewing Chiropractic as nothing more than a decent option for back pain treatment, to now knowing that Chiropractic is one of the purest forms of true healthcare. From that day forward, Dr. Francis continues to talk, think, and live in Chiropractic on a daily basis. He takes a keen interest in Chiropractic Philosophy and its role in providing top-quality healthcare to his patients. 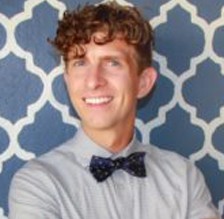 Dr. Josh Grey has always been fascinated by chiropractic. Growing up in Georgia, his family received care from a second-generation chiropractor vastly improving their quality of life. Dr. Gray didn’t get care because he thought he was healthy. He went off to school to pursue a business degree while working as a pharmacy technician. During that time, he interned in the medical reporting department of CNN.

Dr. Grey’s first chiropractic adjustment came while working in San Francisco’s startup culture placing increased demands on his body. It also happened to be a Blair technique adjustment. Dr. Grey would then come to find out that Blair was a more modernized version of the care his family had been receiving in Georgia. It was then, with a passion for healthcare, Dr. Grey went back to school to pursue a degree in chiropractic.

At Life West Chiropractic College West, Dr. Grey excelled at his standard studies and incorporated additional training in upper cervical chiropractic care, public health, and patient education. Since graduating, Dr. Grey has worked in Spokane, Washington, San Francisco, and now in Pleasanton at Forest Chiropractic. He continues to educate the public and other chiropractors by publishing patient case reports and studies.

What patients think about us...

We use cookies to help improve your experience. If you continue to use our website, you agree with the usage of our cookies. Find out more.